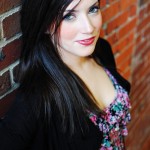 Jamie couldn’t be more ecstatic to be returning to Grand Lake for her second summer season after spending eight wonderful months living in New York City. Past roles at RMRT include Reno Sweeney in Anything Goes and Trix the Aviatrix in The Drowsy Chaperone. Jamie recently completed her first Off-Broadway credit in NYC for Vital Theatre Company’s production of A (Tooth) Fairy Tale where she portrayed seven different roles including a New York City Cop, who is actually an alien from outer space, and a four year-old girl with a lisp. In her spare time, when she’s not working one of four survival jobs or auditioning, Jamie has been learning Spanish and writing an original short musical. Thanks to Jeff, Michael, Carol, Clare, Scott, KB, Clark, Jesus, the board, the amazing people of Grand Lake, and all who have made this possible. It’s a dream come true to be back!