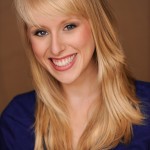 Matilde was born and raised in San Antonio with country music in her ears. She is an excited, new gradutate of Texas State University with a Bachelor of Fine Arts in Musical Theatre under the direction of Kaitlin Hopkins and Jim Price. Her most recent roles include Shelley in Bat Boy: The Musical and the sassy Florinda in Into the Woods. In addition to musical theatre, Matilde loves composing music and was granted a fellowship to the Johnny Mercer Foundation Songwriters Project in Chicago in 2012 and has since been invited to New York for songwriting workshops held by Andrew Lippa. This is her professional theatre debut and she is delighted to join the Rocky Mountain Repertory Theatre family.