The RMRT Staff is comprised of artistic and administrative professionals from around the country. 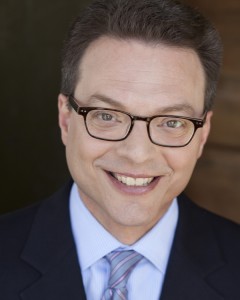 Michael Querio celebrated his 25th year with Rocky Mountain Rep last year…but if a tree falls in the forest?… He started in 1995 as the pianist and music director for Nunsense in the old Community House. Over the years, Michael has helped produce over 100 productions on the RMRT stage, and in that time he has seen the stage from many angles – from the orchestra pit as Music Director and pianist, under the spotlight as an actor (Forever Plaid 2000, West Side Story 1998, Titanic, and as understudy Officer Krupke in West Side Story 2017 ), and in front of the stage as Artistic Director.  Favorite productions include Hands On A Hardbody, Urinetown, Pirates of Penzance, … Spelling Bee, Chess, How To Succeed…, and Titanic.  Over the years, Michael has worked as a conductor, teacher, arranger,  pianist, and enjoyed teaching kids in schools for over 25 years.  Michael is proud to hold degrees from the University of Illinois and Illinois Wesleyan University. 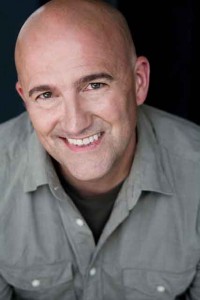 Jeff Duke feels fortunate to be a part of this wonderful company and this very special season!  He has directed and choreographed over 30 shows for RMRT.  Favorites include Les Miserables, A Chorus Line, Carousel, Chess, Shrek, Drowsy Chaperone, Titanic, West Side Story, and Almost Heaven among others. Jeff is honored for being recognized with a Denver Post Ovation Award for his work along with Jennifer Lupp on All Shook Up. Jeff also received 2016 and 2017 Henry Award nominations for his work on Disney’s Little Mermaid and West Side Story.  He has also enjoyed success as an actor in numerous professional musical theatre productions in Chicago.  Jeff has been a featured vocal soloist with members of the Chicago Symphony Orchestra and was a part of the Chicago Symphony Chorus, a professional ensemble that was awarded two 2010 Grammy Awards for their Verdi Requiem recording. He is also a singer on the Grammy nominated score of Steven Spielberg’s movie Lincoln. Jeff conceived, produced and directed the critically acclaimed live concerts and recordings of Second City Divas in Chicago.  Jeff has also recorded and toured with the vocal ensemble Table for 5.   He is a member of Actors’ Equity Association and American Guild of Musical Artists.  Jeff would like to thank the RMRT Board of Trustees, the town of Grand Lake and all of our patrons for their support of live musical theatre.  We are so happy to be back with all of you!  Enjoy the shows! 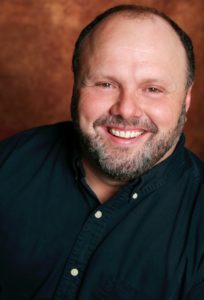 Jesus Perez is thrilled to be returning to Grand Lake and his family in the mountains for his 17th season!  During the rest of the year living in Chicago, Jesus has the privilege of being the artistic director of Chicago Kids Company, Theatre for Children! (now entering their 30th year).  In his free time, Jesus is a freelance costume designer with J2 Costumes working with such theatres as Music Theater Works, St Ignatius’ Harlequins, Porchlight Musical Theatre, Circle Theater, Marriott Lincolnshire Theatre, and Chicago Shakespeare Theatre. J2 is also the design team behind The Polar Express, now with seven trains across the country and counting. He won the Ovation Award from the Denver Post for Beauty and the Beast in 2005 at RMRT and The Henry Award for RMRT’s production of Disney’s The Little Mermaid and was nominated for Gentlemen’s Guide to Love and Murder.  He is also the humble recipient of two Jeff Awards (non-equity wing) for Mack and Mabel and Urinetown, nominated with other Jeffs for Gentlemen Prefer Blondes and Can Can, and won the BroadwayWorld.com “Best Costume Design” award for Best Little Whorehouse in Texas.  Jesus is always thrilled to share Grand Lake with his friends and especially his family. Thank you to Jane DeBondt for her endless work and amazing talent. There is no way we could do any of this without her. God Bless. 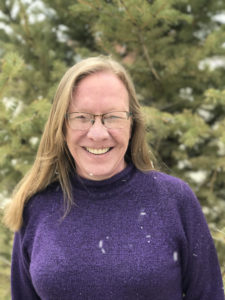 Kathy Frazier has worked as an independent accountant and bookkeeper for many businesses and organizations in Grand County since moving here in 2007. This is her first year with RMRT, and she is excited about the upcoming season and about working with the RMRT team. Thanks to Michael, Jeff, Coleen, and the board for the opportunity! 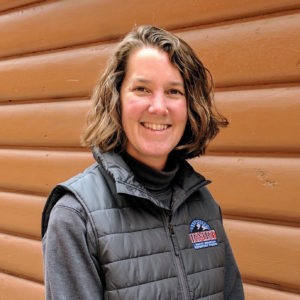 Jennifer Mace is entering her sixth year with Rocky Mountain Rep as communications manager.  She holds a degree from CU Boulder where she studied advertising, English and women’s studies.  Jennifer would like to thank the RMRT Board of Trustees, Michael and Jeff, and her wonderful co-workers for all they do. Much love to her husband Kelly, and two amazing daughters, Collette and Vallie. 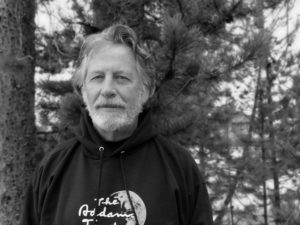 Dennis Mills is entering his twelfth year with Rocky Mountain Repertory Theatre. He is a Colorado native and has been in Grand County for the last 20 years. Special thanks to Michael Querio, Jeff Duke, Jennifer Mace, Christal McDougall and Kathy Frazier for putting up with him. Much love to Justin, Eliott, Blake, Rachael, Trey and Aaliyah. 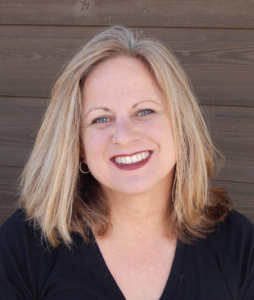 Christal McDougall is delighted to be on the RMRT team for a fifth year! Although she has spent time as a performer (see: “Alto’s Lament”), she’s most comfortable working behind the scenes; she currently teaches and directs the theatre program at Middle Park High School in Granby. Love and gratitude to her fabulous co-workers Michael, Jeff, Jenn, Dennis, and Kathy.  And a million thanks to the board members and patrons who support youth theatre in Grand County throughout the year.